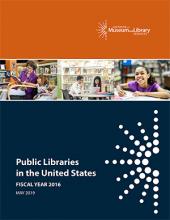 Each year since 1988, the Public Libraries of the United States Survey has provided a national census of America’s public libraries. The data are collected from approximately 9,000 public library systems comprised of over 17,000 individual main libraries, library branches, and bookmobiles in the 50 states, the District of Columbia, and U.S. territories.

Highlights from the report include: 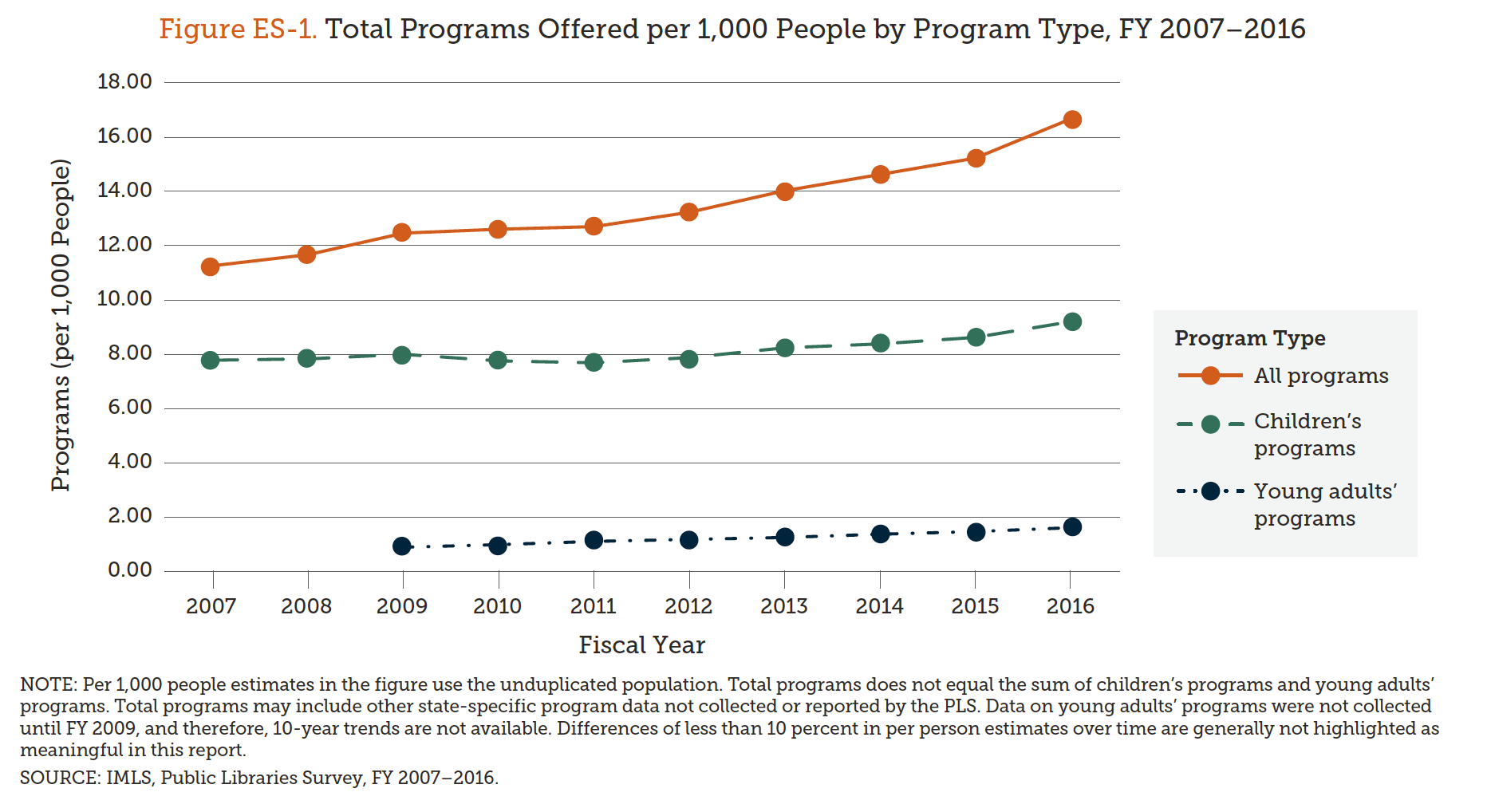 “The PLS continues to be the backbone of research, analysis, and discussion of the current state of today’s public libraries. The report showcases how public libraries are responding to community needs by offering a mix of services, as well as adapting to changing economics and budget environments,” said Benjamin Sweezy, Deputy Director for the Office of Digital Information and Strategy.

IMLS has also released Library Search and Compare, which draws on PLS data and was designed iteratively based on user testing. This interactive tool makes it easier for users to access the type of library information they need, allowing libraries to compare their collections, resources, and services to their peers and look up key information on eligibility for federal programs, such as their FSCS code. Library Search and Compare can be found on the refreshed IMLS Data Catalog site.

About the Institute of Museum and Library Services
The Institute of Museum and Library Services is the primary source of federal support for the nation’s libraries and museums. We advance, support, and empower America’s museums, libraries, and related organizations through grantmaking, research, and policy development. Our vision is a nation where museums and libraries work together to transform the lives of individuals and communities. To learn more, visit www.imls.gov and follow us on Facebook and Twitter.